We write stuff and then make that stuff into movies. 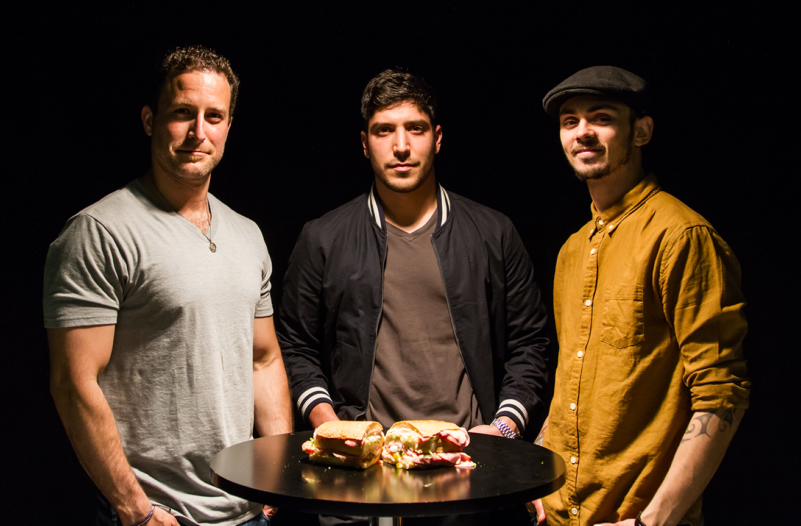 Another Good Sandwich, a fully-inclusive production company specializing in film and commercials, services every need of the marketing and entertainment industries.

We are hired to write, conceive, produce, edit, and present film and video content of all kinds. We do everything in-house. Not your house...but we have a house. Not like a house you’re thinking of...a metaphorical house...more like a home really. It's a warm, cozy, modern little residence, not completely in the city, but right on the cusp of the suburbs. It’s welcoming, and you feel comfortable there. It's so comfortable that you shouldn’t feel badly about passing out, feet up on the couch after dinner. Really. It’s nice there. People like it. That's us... Another Good Sandwich.

We create our own original content but also produce other people’s stuff, too. You come in, write your budget on a piece of paper, slide it across the table (just like in the movies), pour out your vision all over the place, and we will mop it up with Final Draft files and Excel spreadsheets to facilitate that dream into fruition.

We don't like to waste money, time, or your inspiration. Above all, we are time efficient and financially responsible with our budgets. Our promise is that we treat each project as if it is our own. Every idea is respected and treated with compassion.

It's important to you, so it’s important to us. Whatever “it” is...we’re gonna help you make it. And it’s gonna be awesome…just like mid-80's fashion, electric staplers, and Chuck Norris.

It all began in the native land of maple syrup, jean-on-jean fashion and the false pretense that all of us live in igloos and our police ride on horses – Canada. Specifically, Toronto, I grew up in quite possibly the most Italian household. Think Godfather, but with way less three piece suits. Nonna still makes pasta from scratch and rolls the mini meatballs for her lasagna. How I ended up in Los Angeles as a professional dancer and didn’t take over the family landscape construction company (non-mob related) is beyond me. Let’s fast forward – I graduated from Ryerson University with a BFA in theatre performance dance. Moved to Los Angeles to put all those ballet moves and interpretive modern training to the test, the result – glee. Traded in my tights for a bright colored show choir vest and jazz moves to top 40 hits. Oh, and I got to throw a prop egg at Lea Michele’s head - it’s the little things. From then on, there was a barrage dance credits, although they don’t seem as important, plus this bio is about me as a director/producer for AGS. Somewhere along my dance career linage I got into assisting various industry choreographers, this is where the real love for storying telling began. I worked on Award Shows (AMA’s, VMA’s Oscars), TV shows and a few movies. Notably, The Muppets Movie, and most recently, La La Land. Where I wrote emails, casted, stood in for “dancer” Ryan Gosling, and was the “young man” in the opening number that still wears a tie to work, and has ESP for jazz bands who are unsafely housed in the back of cube trucks.

Yes, most of my career has been as a dancer. Without it, I wouldn’t have been able to realize my true passion. Film making! Plus, I would have never met Nick or Devin, and AGS wouldn’t exist, and all our epic movie ideas would never happen…. Sorry, back on track. AGS - an all-in-one, in-house production company. We literary do it all. Expect catering… When deciding positions, I drew the short straw, so I’m our director. I’m kidding about the short straw, it’s because I read the most books out of the three of us. Ok, kidding aside, I love the art of story-telling and film making. So much so, I can’t seem to get through a single waking moment without imagining it on screen. Together we produce shorts films, promotional content and online commercials. It’s all I, we, ever want to do. Making that perfect sandwich for all to enjoy, you know exactly what I’m talking about.

Drago has appeared in music videos for Jessica Simpson’s (Boots), My Chemical Romance (Helena), Finger Eleven (Paralyzer), and others for Duran Duran, Melody Gardot, and the All American Rejects. That was back when music videos were cool, remember?

For film, he has appeared in La La Land,  Alvin & The Chipmunks (as Theodore’s Dance Double), The Oogieloves in the Big Balloon Adventure (J Edgar), Hop, The Muppets, G.I. Joe 2, and like...another one, but nobody can remember what it was called.

His interest in health and nutrition has given him the opportunity to work for Men’s Fitness Magazine, Jillian Michael’s (The Biggest Loser), and Leslie Sansone’s (Walk At Home) fitness videos. Commercially, Drago has worked with Exxon gasoline, Jaegermeister, Smithfield Ham, Ford, Dickies, and San Miguel Beer.

Nick is also is the co-owner of Flow 40 Dance Workshops, & Another Good Sandwich Productions.

Originally from North Battleford, Saskatchewan, Canada, Devin began dancing at the age of seven as a way to channel his boundless measure of energy. Countless hours of training and a talent recognized by industry professionals only fueled his desires to perform on a larger stage. Since moving to Los Angeles, he has worked on numerous television shows, award shows, and feature films. He has toured the world with Usher, performed with Justin Timberlake, and has even shared the stage with The King of Pop, Michael Jackson.

However, his skill on the dance floor is of equal match with his ability to paint pictures on camera. He is the recipient of the highest award presented at the Dance Camera West film festival as the cinematographer for "Best Short." As a director of photography, his work can be seen in music videos by Heffron Drive (Rain Don't Come), Josh Henderson (Runaway), Noah Urrea (Always), and Power, a video choreographed by award winning choreographer, Andrea Winghart.

Choreographing alongside Chaz Buzan, and Teddy Forance, Devin's directorial approach is most notably depicted in the short film, REAL EYES, a dance adaptation featuring the music of Jack Garratt.

Devin has also completed the Steadicam Gold Workshop as well as REDucation, and both ASC, and ICA (International Colorist Association) masterclasses.

Check Out Our Work